Freedom Athletics welcomes Jeff Gray as our new Head Baseball Coach. Coach Gray is a graduate of Florida State University where he played under recently retired Hall of Fame Coach Mike Martin. Coach Gray served as team captain during the 1983 and 1984 seasons and is also a member of the FSU Hall of Fame. Coach Gray is a former Major League Baseball relief pitcher who played from 1988 to 1991 for the Cincinnati Reds (1988) and Boston Red Sox (1990–91). Coach Gray brings a wealth of knowledge and experience having played at the highest levels as well as serving as an instructor of player development in the Cincinnati Reds and Boston Red Sox organizations. 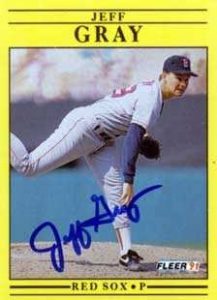